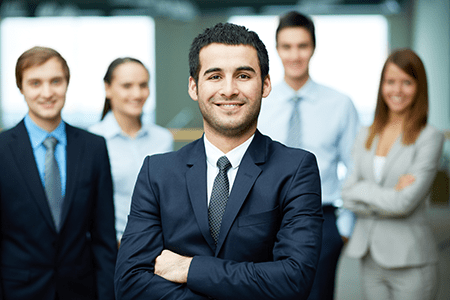 One of my clients was entering a strategic planning process with a dysfunctional executive team. The team was stuck over how to plan for the future. The lack of harmony was attributed to perceived personal slights, pressure tactics, and lack of information. In this case, resistance and competition replaced collaboration and the chance for agreement was never established.

Background on the Team

My client, a newly hired president of an international firm, wanted to adopt a new strategy he had crafted by himself. His team of six vice-presidents actively resisted the plan. The client said that the vice-presidents were “just stuck in the past.” He believed they sought to limit his success and tenure since several had applied for his position. He wanted me to interview each team member to start a bridge-building process with a one-day offsite meeting.

The Beginning of the Bridge to Conflict

During interviews, the vice-presidents voiced objections to the president’s “go it alone” style and his lack of industry knowledge since he was new to the industry. The prevailing opinions were that he was grandstanding for the board and was not interested in working collaboratively. The fact that the president did not consult staff in developing the strategic plan was used as an example of his Lone Ranger approach. It was clear that the team was at an impasse. From the interviews, I also discovered, while there were entrenched positions, everyone wanted the organization to succeed. Therefore, I chose to focus on identifying shared organizational outcomes to shift the team’s focus away from personal suppositions to objective analysis. My goal was to engage them in a results-oriented search to discover a mutually acceptable plan for the future. Since the strategic plan was the official cause of the breakdown, it made sense to focus on strategy.

In my experience, many strategic discussions revolve around vague aspirational statements which offer encouragement but little direction, definition, or measures. This executive team needed to agree on something specific and measurable. My assumption was that strategic alignment would rupture the personal stereotypes, trigger discussion, and allow the team to critically assess alternatives. Therefore, in preparation for the off-site meeting, I asked all attendees to complete the Leadership Spectrum Profile® and review the generated report. The Profile examines six organizational goals and how they currently drive an individual’s goals and priorities. It also creates a common vocabulary for discussing advantages, constraints, and trade-offs among those goals. In addition, it focuses on existing circumstances and goals rather than past actions, offering an opportunity to explore facts and alternatives. The six situational mindset goals concentrate on:

1. innovation or being seen as state-of-the-art,

The team was asked to complete the inventory based on their assessment of the best strategic orientation. After completing the inventory, each member received a report on their goal orientation. A composite team profile without names was presented at the off-site and the composite revealed a split with six individuals in agreement and one with a different perspective. Offering the results without attribution enabled participants to identify their positions and kicked off a productive discussion of the strategic priorities. The six vice-presidents shared a common focal point on improving quality and internal processes. This point of view or situational mindset prefers evolutionary change, risk mitigation, and has an internal focus at this time. The president’s mindset targeted expanding the customer base and growing market share. This growth-oriented goal values revolutionary change, external focus and accepts risk for the opportunity for great rewards. After an open discussion, they each discussed the facts, events, observations, and evidence that drove their thinking about their priority or desired path for the future. During that exchange, the president learned that large corporate accounts were being lost and the vice-presidents learned that the board had mandated the president’s growth strategy to improve ROI. These insights defused some of the tension, but a division remained.

The Connection Between Organization Life Cycle Stages and Strategy

The next step was to connect the organization life cycle stages and strategy. While the group was not familiar with the organizational life cycle model (Lippitt, 2014), they recognized it since it mirrored their product and project life cycles. They also knew that different actions were essential at each stage. After defining the six stages of organization life cycles as Birth or Start-up, Growth, Stature, Prime, Mature, and Renewal stage, I asked each person to select their organization’s current stage. This discussion exposed the same split presented by the inventory findings. The president selected the Growth stage since it reflected his board mandate. The vice-presidents split between Stature and Prime. The tone in the room changed when they mapped their differing individual perspectives onto the organization life cycle model and talked about their reality. The group recognized the organization was past the entrepreneurial Growth stage with a respected brand and well-established policies. The firm was moving into the Prime stage where the focus revolves around process improvement, quality, and ROI. The premise that market growth was the only way to improve ROI was debunked.

The vice-presidents shared many additional internal issues that were unknown to the president. Problems, including quality issues, information system failures, and staff shortages, were undermining productivity, morale, and quality. As the president absorbed this key information, he understood his staff had rejected his fast growth strategy since the loss of major accounts stemmed from operational flaws rather than competitive factors. While the president had assumed that the vice-presidents were driven by personal motivations, he now realized it was due to current circumstances. His demeanor changed. He listened and learned what was holding the organization back from the success everyone wanted. He also realized that before the organization could grow, they had to halt the hemorrhaging of major accounts. It did not take long before an internal improvement strategy targeting operational flaws was formalized. The team agreed, when this strategy was achieved, they would develop another plan based on newer vital needs.

Once they agreed on their goal priorities, the executive team estimated the financial impact of the lost accounts on their bottom line. They developed a pitch for the Board that showed the importance of addressing quality. They also agreed a new strategy would be presented after quality concerns were addressed, and that the next strategic thrust might be market growth, assuming the situation warranted it. The president’s presentation to the Board highlighted the fact that getting new customers and then having them leave due to operational shortcomings not only wasted marketing efforts but also impacted the brands’ reputation. After all, dissatisfied customers not only stop using the firm but also spread their negative experience with others. The Board accepted a “build it and they will come” approach to meet current challenges and improve ROI. A once dysfunctional team coalesced around a shared reality and the need for results. Personal attributions were superseded by shared common results-oriented goals.