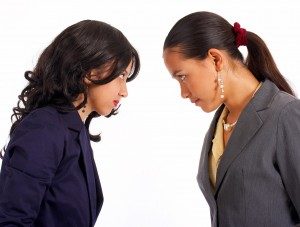 Recently, I resigned from a volunteer Board of Directors due to protracted and unproductive conflict. The Board suffered from heated verbal exchanges and deep-rooted personality conflicts, which diverted energy and stymied decision making. This experience seems all too common among groups. The American Management Association sponsored research, reported that middle managers spent 20% of their time resolving conflict while executives spent 18% of their time dealing with conflict. The AMA defined conflict as a breakdown in decision making mechanisms.

This situation extends beyond volunteer Boards of Directors. All types of executive and leadership teams experience conflict that leads to inept decision making practices. Whether it is repeatedly rehashing a past decision, keeping an issue “under consideration” for prolonged periods, withholding information, or permitting cliques to form the result is often ineffective communication and action. These dysfunctional behaviors can stem from a conviction that divergent views originate from personal agendas or self-serving intentions.

This personal lens blurs objective analysis that would make conflicts easier to resolve. Professional experience, including different educational backgrounds, typically produces distinctive conclusions on the best course of action. When unique ideas are first examined through a rational lens, creative resolutions are revealed and collaboration is enhanced.  A focus on content encourages exploration for common ground, while personal stereotypes inhibit consensus.

We all recognize that conflict can be constructive, as well as destructive. Initially, conflict can generate benefits, but in later stages a negative spiral can result. These stages can be depicted as moving from rational examination of content into personal labels. The following depicts the progression in the stages of conflict: 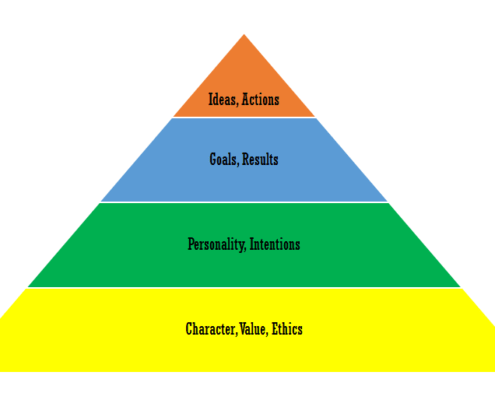 During the first two stages of conflict, difference over ideas and goals, innovative proposals and initiative can emerge. In these instances, differences are viewed as productive brainstorming and as steps to discovering new alternatives. Starting with an objective analysis of the idea produces better solutions, improves teamwork and reduces time required to make decisions. However, when conflict is attributed to personality or values, the likelihood of a promising outcome fades and the issue becomes a matter of who wins and who loses.  In these situations, positions harden and creative problem solving vanishes.

The illustration above reflects the increasing breadth and depth of conviction when issues are viewed personally. Like the iceberg that the chart resembles, what is below the surface is the most dangerous. Just like the Titanic on its mad dash to establish a world record for an Atlantic crossing, when we jump into making characterizations we lose.

My decision to resign from the Board grew from personal conflicts, which are hard to repair. Perceptions, rather than thoughtful analysis, drove the board’s actions. People did not have the opportunity to “make their case” as accusations of hidden agendas, attempts to settle scores, the use of power plays, and rampant insecurity replaced fair consideration of ideas. The Board’s effectiveness suffered as many of its members elected to view conflict from a personal lens.

If you currently serve on a team, remind your team that divergent views are a constructive step toward excellence. The benefit may not be more effectiveness, but you will avoid wasting your time in unproductive exchanges—and retain your membership.