By now we’ve all heard that famous quote attributed to Peter Drucker and have come to recognize its validity. To grasp the powerful connection between culture and strategy, think no further than your last change initiative. Many change initiatives derail shortly after launch due to outright rejection or steady erosion. Change planners overlook and significantly undervalue the power of organizational culture. And, even when change plans implode, few leaders examine how organizational and societal culture contributed to the failure.

Change initiatives frequently fall short and the most cited reason for that failure is culture. Evaluations performed post-change report that up front change planning only considered culture in 24% of the initiatives.

Culture encompasses ideas, values, traditions, and those principles impact social relationships and practices. For change to be fully successful, change goals and culture must be aligned.  Cultural dimensions expand beyond individual organizational traditions to include global cultural distinctions.

Five cultural variables must be considered when crafting a change plan: 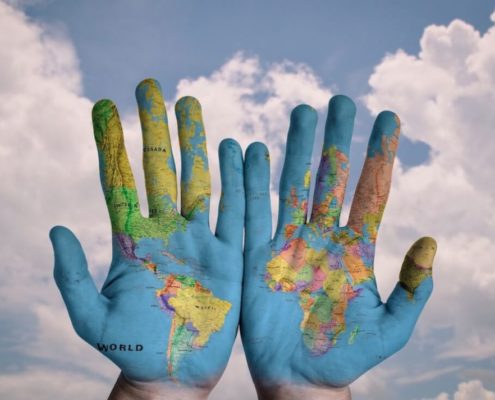 Change efforts to flatten an organization may challenge power distribution expectations. Some leaders and societies prefer to employ hierarchy, chain of command and acceptance of unequal authority as positive characteristics.  Eastern cultures may employ greater power distinction by title.  The respect for rank may include having employees stand when their manager enters a room.  An action unlikely to be seen in Western cultures where there is less deference to position and title.

Diversity initiatives might stumble if they deviate significantly from gender and ethnic stereotypes. Assumptions that only males are assertive and achievement oriented combined with the supposition that females alone are cooperative and caring can stifle inclusion initiatives. Silicon Valley, which is largely viewed as progressive, has gender imbalances in the ranks of management.

Culture based disparities also surface in terms of risk orientation. Some cultures embrace elevated levels of risk and rapid change believing that risk produces rewards.  While risk avoidance emerges in a desire for consistency and an avoidance of ambiguity to steer clear of danger. This pattern dominates across nationalities and industries. Utilities traditionally shift slowly while IT firms leap swiftly at opportunities. The same risk practices separate nations where the US accepts risk, while some Eastern countries accept risk with more caution.

Power distinctions, gender and ethnic assumptions, and risk orientation are daunting factors, but even more formidable is a cultural split based on time frames. Some organizations stress the need for long-term planning when others emphasize immediate action. Thirty-year planning horizons are comfortable for some while others prefer an annual plan. The latter assumes that information is changing so fast that the window for accuracy requires short-term planning.   Military planning stretches far beyond that short window of time.  The military-like leaders in China operate using a framework that is decades long.

Military organizations also require a level of discipline and strict regulations that constrain social input. Objectives like employee gratification, a level of joy, flexibility, and fun common to many firms are not prevalent in military organizations. Indulgent firms and societies allow relatively free gratification of basic and natural human drives reflected in an effort to enjoy life and have fun. Discipline or restraint cultures ignore gratification to regulate behavior.  Uniform behavior strengthens efficiency, predictability, stability, confidence, and trust. Each viewpoint offers benefits and possesses limitations.

Culture is relevant in planning change. Assessing which view is right or wrong is not germane.  We must operate given the existing culture, which means we must recognize cultural variables. The ready, fire aim approach has not worked in the past and it won’t work in the future. We cannot “plan now and think later” if we want change to be successful.

This article was published at BizCatalyst360.